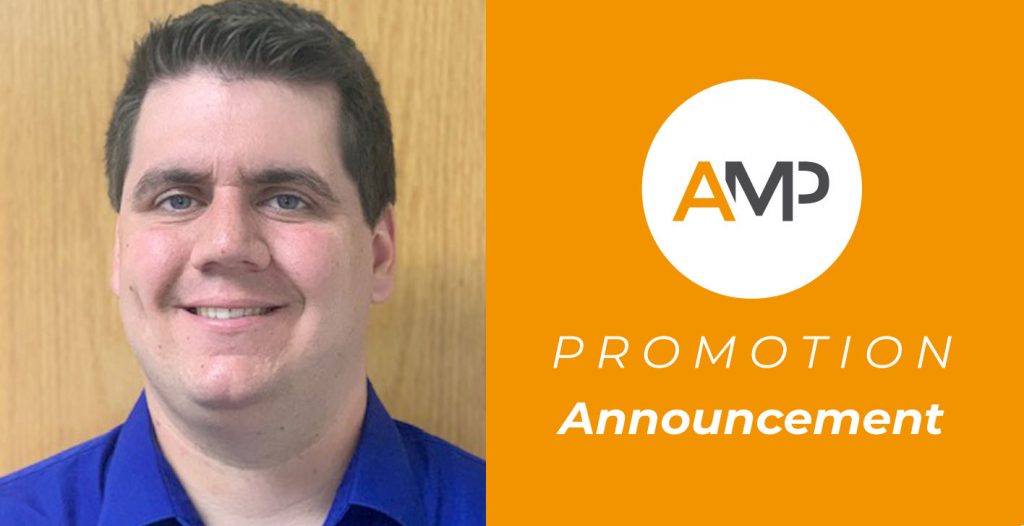 Congratulations to Kevin Walters on his promotion to Assistant Digital District Manager for Central Iowa!

Kevin Walters, a name you are hearing more and more, whether it be from the 7:30am Digital Success Call recognition or an email with Top Rookie Recognition for 2019. Since joining the Central Iowa Team in the final week of July he has demonstrated what is possible when you work hard and become a student of the Amp Fundamentals.

Within one week of joining the company Kevin earned his OPTIMA™ training allowing himself the ability to sell both Google Street View & OPTIMA™/Text in his first full month.  In month one his results were outstanding; $23,735 in total revenue secured, $8,680 in OPTIMA™ sales and 23 separate accounts. Heading into month two Kevin put himself in the spotlight for all of the right reasons leading to more successful results with $21,310 in total revenue and securing $12,425 in OPTIMA™ sales, and 23 separate accounts.

Dave Leider, his District Manager had this to say about Kevin… “He has a willingness to learn and ask questions, even if he already has the answer, he wants to make sure that he is doing it the AMP way. His work ethic shows through in his performance and that makes him an obvious choice to assist with leading our team.”

Kevin grew up in Lisbon, Iowa in a family owned business environment as his mom owned a daycare. His parents divorced when he was young, so he grew up in two different houses. He uses the way he grew up as motivation to push himself to be better no matter what he does, because he wants to provide the life for his family that he feels they deserve. He went to college at University of Northern Iowa to become a high school math teacher which he did for 2 1/2 years before joining AMP. At that time, sales was the absolute last thing on his list and the thought never even crossed his mind that this would be a great career choice for him. However, he found AMP’s listing and decided to apply not expecting to hear anything back. After he received the call from Central Iowa’s recruiter, Ashley Joyce, further discussions with Dave, and his ride day the decision was easy.

Kevin describes himself as a very competitive person which he has found to be very useful in this position. He loves hearing his name on the morning calls and being ranked #2 for rookies of the year and #12 for the company after only one month!  Outside of work he loves to spend time with his wife and their 6 month old son.  He is a self proclaimed introvert (outside of work) and is happy just sitting at home and watching Hulu or playing video games. He enjoys being outside, golfing (most of the time), camping, or just sitting around a fire at home.

Kevin states that he is… “Extremely grateful for all the opportunities this position has given me and my family and am very excited for the opportunity to continue to grow with the company. I am looking forward to getting back into a teaching role. I loved the opportunity to share knowledge and try and help others grow while I was a teacher. To be able to begin doing that again in another role is very exciting for me and can’t wait to see what the future brings.”

On a personal observation note, Kevin credits much of his success to keeping it simple and following the techniques, and trusting in the processes that AMP provides. At our team meeting Kevin shared something that will always stay with me. He had no choice but to make this a successful career for himself and his family, and that is exactly what he is doing. He is a leader by example and by combining his hard work and passion for teaching, there’s not doubt he can help take Iowa Region to greater heights.