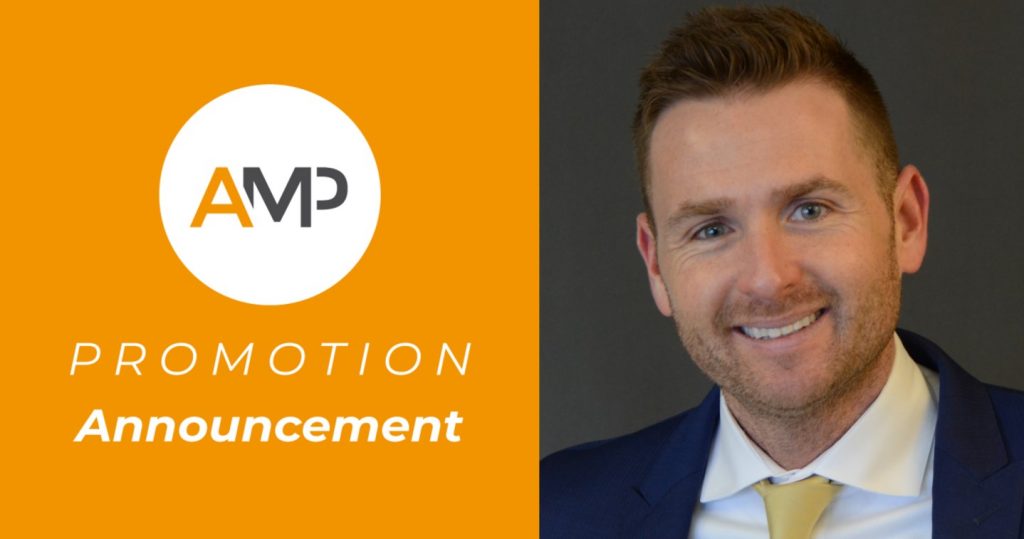 Congratulations to Brian Franczak on his promotion to Senior Vice President of Sales for the Central Region!

In just a few days, Brian will celebrate his 15th anniversary with AMP.  Like all sales leaders, Brian started in the field working on his first project in Munster, IN.   In less than two years, Brian’s sensational success in the field earned him his first formal leadership promotion managing the Northwest Indiana Market.   During that time, Brian was renowned for successfully growing projects year-after-year after year in our most tenured markets.   He also led the expansion of that market east and north to lands where we are now, presently, even further expanding.   Brian’s capacity to grow markets and develop leaders earned him a promotion to Regional Manager in 2012, extending his reach into Illinois, and then, in 2014, to VP of Sales for the Central Region.   After another couple of years, the Eastern Region was combined with the Central Region under Brian’s direct leadership. Since that day, the Central Region’s trajectory has gone one direction – up!

The key elements of the Brian story have remained the same.  Sustain, expand, develop, repeat!   Brian has had the AMP DM of the Year report directly to him three times.   He won VP of the Year in 2019 and was the first-ever VP Field General Award Winner.  2020 was quite a year, and Brian led by example, showing us what was possible when we pushed through countrywide lockdowns and became a short-term, exclusively inside sales company.  He repeated winning VP of the Year again in 2020 and his 2nd VP Field General award.   In 2021, Brian led the Central Region to the most significant growth of all field sales regions with 34.2% OPTIMA™ year-over-year improvement, 61.2% GSV year-over-year improvement, and 17.3% year-over-year Text improvement.   The timing of this announcement seem in perfect symmetry as the Central Region just put the final touches on their biggest month of sales ever toppling $773,000 in total sales for March, 2022!

Improvement is a consistent theme mentioned over and over in Brian’s write-up.  He applies this mentality to work as well as life outside of work – whether it’s fitness, soccer or home improvement projects.   He’s passionate, funny, fun, and creative.  He believes in servant leadership and, as such, has presided over the most leadership promotions of any leader in the history of AMP!

Congratulations, Brian, on this well-deserved promotion!