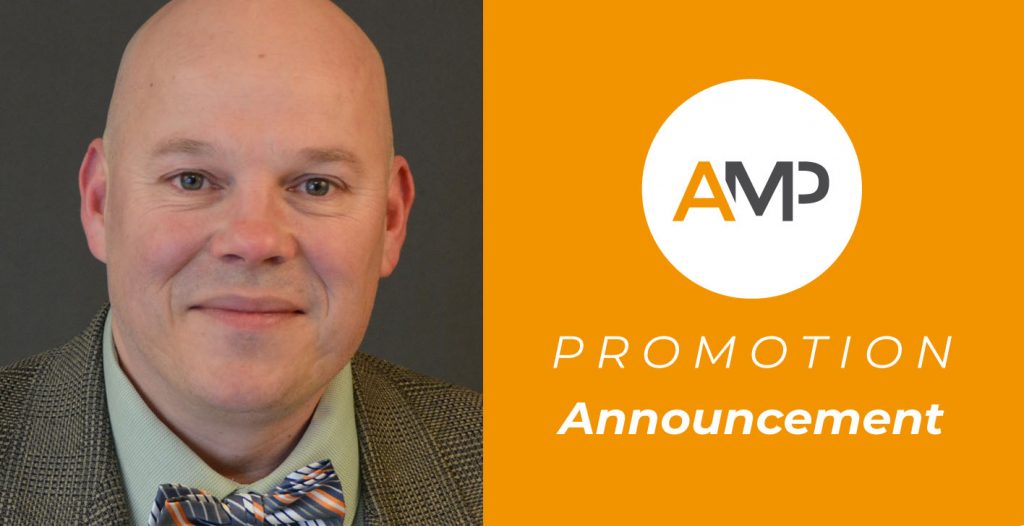 Kicking off Kevin’s promotional announcement it’s fitting we give a huge thanks to our recruiting department who encouraged Kevin to take a seat with District Manager Lindsay Sullivan. Kevin put his faith in Lindsay, the AMP family and the rest is history.

Enter Kevin Franz, December 2017 during the holiday season the journey began. In Kevin’s shortened December sales month, his enthusiasm and drive pushed out an incredible $18,110 in sales, 4 print new, 2 Optima and 23 total accounts. Kevin proved this was what he was capable of. Leaders sustain success, continue to grow their sales acumen all while never losing their enthusiasm. Kevin is prove of that and that hard work, truly works. Kevin’s growth is synonymous with many rising stars in the business who have fast tracked themselves through promotion to promotion to promotion. Kevin hit his stride in 2018 and then kicked it in high gear as the always exciting four month President Award was on the line. The final four month sprint from September to December with Kevin’s incredible performance earned his first Presidential Award in which he and his amazing wife Liz earned an all-expense paid trip for two to Cancun, Mexico.

Kevin’s momentum carried in 2019 and his journey this year has been his best yet. Kevin recently was awarded the title for best marketing piece, ‘Why AMP’ as his passion for AMP and what it means to him is all heart and heartfelt. Kevin’s growth in leadership has catapulted  as each month has unfolded this year earning Kevin top 3 ranked ADM’s in AMP. Kevin’s consistenly closing out Optima sales, print new and large average account sales alongside his beloved teammates while his personal sales continue to grow. Averaging near $5,000 in digital sales per month, sustaining $17,000 average monthly sales, it’s fitting that Kevin takes his next evolutionary step to Senior Assistant District Manager.

Supported by his better half, Liz and 19 year old son, Zack, Kevin spends his time outside work giving his all to them.

Kevin this next stepping stone is well earned and fits you well! We couldn’t be more proud of you!

Congratulations, Kevin, on your promotion!