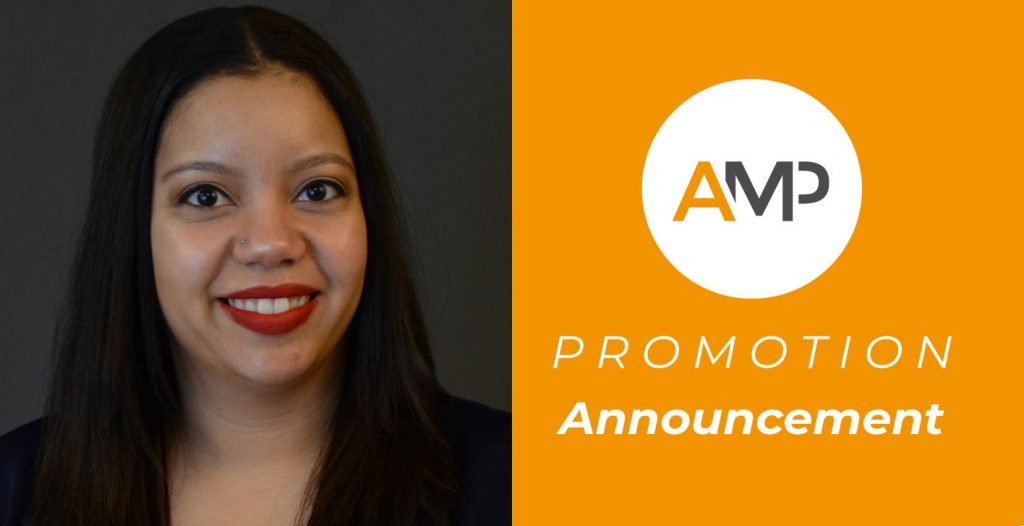 Congratulations to Katy Lantis on her promotion to Inside Sales Trainer!

Congratulations to Katy Lantis on her promotion to Inside Sales Trainer for our DeKalb Inside Sales Team!  Katy recently celebrated her 6 year anniversary with AMP, having joined the company back September 2013.  Katy started as an Inside Sales Rep back when our inside sales team was in its infancy, and she has played a critical role over the years in helping build and grow the department with both her personal sales, and her contributions to those around her.

Katy joined the DeKalb Inside Sales Team back when we only had a few reps, and when we were a team that did only print up selling.  She worked hard to become a top seller on the team, and has achieved many sales awards over the years.  A few years ago when we began to evolve as a department, our vision was to build a team that could impact AMP in all ways.  Our goal was to grow beyond upselling, and to be able to close books including prospecting over the phone.  Katy created a path for herself by being the first in the department to take the leap into this huge opportunity.  Katy learned how to prospect and sell new business over the phone, something that had never been done before.  She began to close books over the phone, and over time, became an expert at Inside Sales Closes.  She did so well that she helped create scripts and systems that could be replicated by others as we grew.  Katy helped us build out this new role on the team and had a huge impact on our team’s dramatic evolution by personally laying the groundwork for a totally new type of selling.  She’s also played key a role in training every rep on our team as they joined us.  We now have a team that can sell everything at a high level, and Katy was a catalyst for this massive departmental change.  A true visionary, Katy has always been able to visualize the future, see things that don’t yet exist, and work hard to make them happen.

Katy has a lot to be proud of, accomplishing a significant amount both personally and professionally since she started at AMP.  Katy’s transformation in her 6 years here has been profound.  Katy is committed to personal and professional growth and you can almost always find her taking notes in the front seat of every AMP Saturday Leadership Development program.  It is Katy’s commitment to ongoing personal development that has helped her over the years build her sales career, become a great trainer, and create the personal life she envisioned when she started here.  When Katy started at AMP, she was a single mom, lived in the basement of her mom’s home with her mother and young son.  In the beginning of her career she was walking to work every day, because she didn’t yet have a car.  Katy’s vision, work ethic, grit and determination allowed her to push through adversity, and achieve her goals to live a life beyond where she currently was.  Over the next 6 years, Katy bought her first car, moved into her own place, (and then upgraded cars and homes), and has positioned herself financially to be providing for herself and kids and live the life she imagined.  Last year, Katy also went back to college, and is fulfilling one of her other big personal goals of finishing her college degree.  Katy lives life with a forward lean, takes ownership of the her results, and inspires those around her to be the best they can be.  Katy is a great role model to her two children, and every rep that has the opportunity to work in her presence.

As we build and grow our DeKalb Inside Sales team, Katy will continue to be a major contributor to our growth as a sales leader and trainer.  In Katy’s new position she is responsible for ongoing training and development of others, and helping onboard and train new hires on the phones.