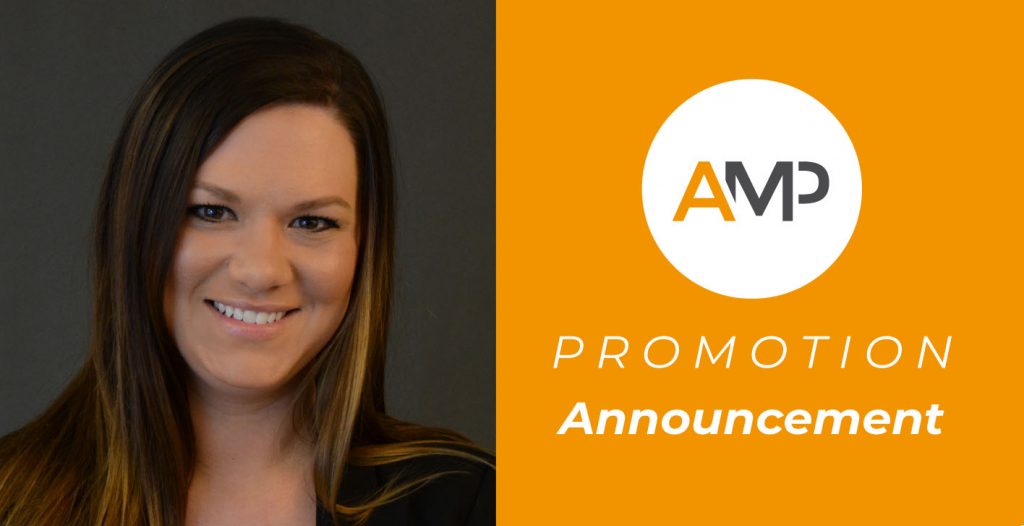 Congratulations to Whitney Phelps on her promotion to Digital Inside Sales Manager of Iowa City!

Whitney’s AMP resume is extremely long and extremely impressive.   Her first project eleven years ago was Maquoketa, IA.  That was one of several HomePages® directories Whitney personally put on the map.  She was quickly promoted to Senior Sales Representative 4 months after joining AMP.   A little over 2 years later, Whitney was promoted to Eastern Iowa District Sales Manager.   As a DM, Whitney soared.  She built the Eastern Iowa market to be one of the largest in the company.   Her team was ranked #2 in 2013 and she earned DM of the Year in 2014.    That success led the way her promotion to Regional Sales Manager for Iowa where she’s stewarded Iowa to high levels of success over the last five years.

One of many things that makes Whitney Phelps great, is that she leveraged her work as a sales leader to become an even better sales professional.    While Whitney had very good sales stats when she was a rep, her sales stats as a sales trainer and coach and demonstrator are absolutely excellent.  She’s twice won the Field General award which recognizes the very best performance from the leadership team while shoulder-to-shoulder in the sales field.   She’s a six time President Achievement Award winner earned for leading her people and her teams to the top!

Outside of work, Whitney is on the Muskie Baseball Academy Board for sponsorship & fundraising, as well as, the Geneva Golf & Country Club Board for membership.  Her husband, Luke, leads a family owned company,  Phelps Uniform & Custom Image Wear.  Outside of their careers, Whitney and Luke are very active raising Beckham 7, Camden 5 (managing their WWE wrestling living room matches every night) & Leighton 2 (who will currently only watch the Grinch, and loves all things puppy & babies).   The Phelps family has a family philosophy to be passionate about making every minute of every day count.

Congratulations on your promotion Whitney!