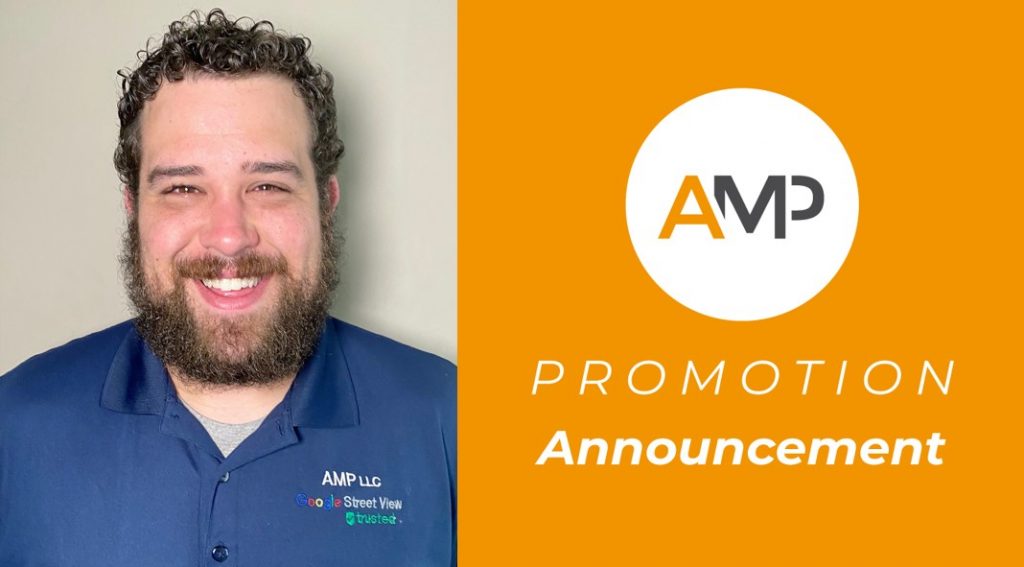 Congratulations to Aaron “Gronk” Young for his promotion to Mentorship Manager for the Indy United Market!

Aaron began his career with AMP on January 7, 2020. In his first 2 weeks he amassed an impressive $8,235 with 4 Optima and 6 GSV accounts. He followed it up with an impressive February totaling $12,460 in digital sales.

In his first month after coming back from COVID, Aaron continued his success totaling $23,820 in digital sales! His June was highlighted by his 17 Optima accounts and 5 Text sales!

Aaron’s work ethic is admirable in every way. Prior to AMP he had a lot of success in the hospitality industry working as a GM for Ocean Prime. His move from Boston, MA to Indianapolis, IN was made as a way to provide a better life for his family as he was to help lead the Ocean Prime operation in Indianapolis. The ambitious drive in Aaron found his appetite craving more growth and to allow his own success open doors versus awaiting them to be opened for him. A leap of faith and for both our AMP and Aaron, fate!

Aaron’s most admirable trait is his constant desire to improve the lives of everyone around him. His personality is felt and the impression he makes is everlasting. His wife, Kristine, describes him as the rock of their wonderful family. Kristine and Aaron’s story began in high school and truly have journeyed life together as best friends! Their prides and joys are in a trio: two incredible boys, Jackson (6), Oakley (4 soon to be 5 on August 6th) and beautiful baby girl, Avery (3). Aaron and his family love Carmel, IN and appreciate the life Aaron works day in and day out to create for them!

Aaron has brought Boston Strong to AMP Strong as has played a pivotal role in putting the “er” in #CentralStronger!

Please join us in congratulating Aaron for his amazing list of accomplishments and a well-earned promotion to Mentor Manager!