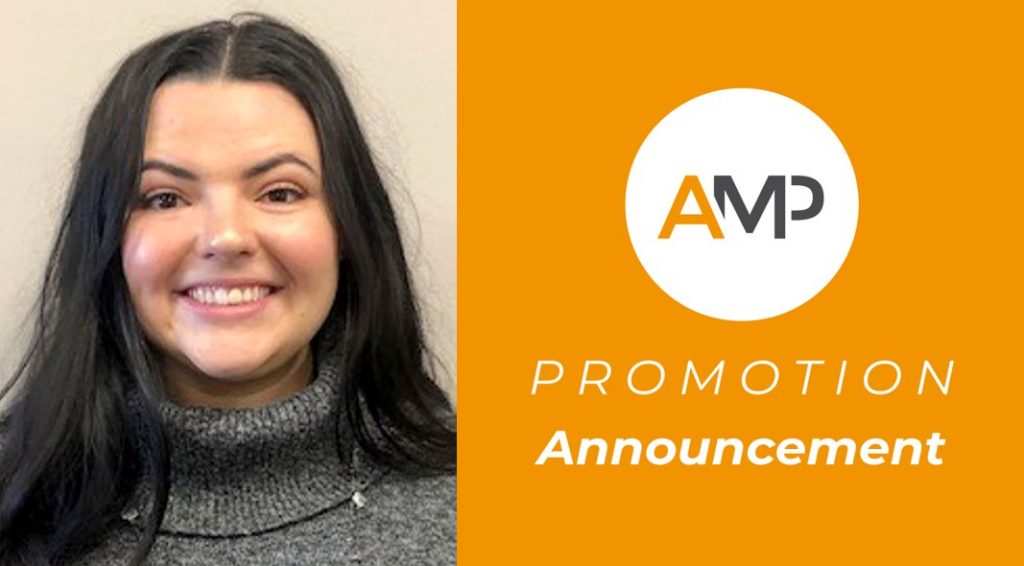 Congratulations to Jessica Icenhour for her promotion to Digital Assistant District Manager for our Tennessee District!

Jessica didn’t even join AMP until this past January and obviously has made a huge impact in her short time here.

We speak often of upward trajectories of sales people, and certainly Jessica embodies that. In May, Jessica had her best sales month in her short career at AMP with sales of over $18,000. That was then followed by the month of June we just completed, which became her best sales month yet. Jessica secured $31,020 of sales last month, with over $20,000 of that in Optima/Text sales and the remainder in GSV sales. Add in 78% POS for the month and it rounds out an amazing sales month.

For the entire year, through June, despite not joining our company until mid-way through January, plus sitting out April during the transition state, Jessica still ranks 35th in the entire company in sales this year.

I have marveled at Jessica’s strong positive energy and very serious demeanor when it comes to her work goals being met. Her car is littered with sticky notes of her goals and she keeps light hearted with her occasional singing videos while in her car selling.

Jessica is another example of coming to AMP with an amazing diverse background previously. She is a Fredericksburg, Virginia native who attended James Madison University and graduated with a degree in Hospitality Management and Business.  Right from graduation she became a manager at Shake Shack in Washington D.C.  Meeting her current boyfriend Daniel there, they moved to Western Illinois University where he got a Strength and Conditioning Coach job.  There she became a bar manager for Buffalo Wild Wings for the next two years. Then, last summer they moved to Clarksville, Tennessee (Daniel’s job took him to Austin Peay University) and Jessica became the bar manager for Old Chicago restaurant. That lead her next to AMP.

On a personal level, Jessica’s pride and joy are her two German Shepards (both currently being professionally trained).  Jessica is into powerlifting; something she started three years ago. Jessica says powerlifting is like sales in the fact it’s an awesome feeling to see what your limits are and forces you to continue to push. Jessica’s goal is to eventually be competitive in the sport.

Jessica has an older sister whose made her a proud aunt, a younger brother who graduated from Duke, and two younger step-siblings.

Please join me in congratulating Jessica on her well deserved promotion.

Congratulations, Jessica, on this well-deserved promotion!