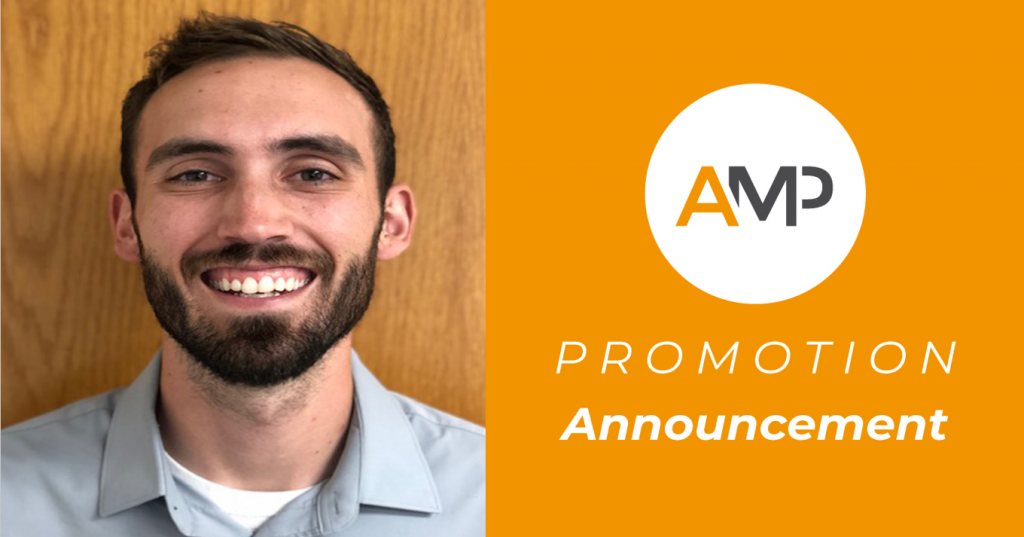 Congratulations to Austin Oppenheimer on his promotion to Mentorship Manager for the Des Moines Digital District!

Austin joined us in July as one of the first few reps hired by District Manager Josh McGraw in the Des Moines Expansion project.  It didn’t take much time at all for Austin to ascend to the top of the team and often the leader in digital sales for Iowa.

In Austin’s first month at AMP, he sold $19,755 with $8,565 of that being in OPTIMA.  During Austin’s time with AMP over 50% of his sales have been in OPTIMA ($29,593) which is why in his new role as Mentorship Manager for Des Moines he will spend most of his time helping reps grow in this very important product.

Austin is from the small town of Emmetsburg, IA, home of about 4,000 people. In high school, Austin was a standout in football, basketball, track, and baseball while also participating in concert choir and show choir. Austin was at school for over 12 hours every day of the week which goes to show his discipline and dedication started long before AMP.

He attended Iowa Lakes Community College to complete an Associate’s Degree and then to Ball State University in Muncie, IN to receive a Bachelor’s in Business Administration. After completing his degree Austin moved back to Iowa to work for The Buckle, this is also where he met his fiancé, Emma.

Austin and Emma are currently planning a wedding that is scheduled in June! They spend free time outside of work with their two high energy puppies, Penny and Winnie.  Austin attributes part of his success here to those pups because they aren’t shy about forcing him up in the morning and getting his routine going.  Last June the soon to be Mr. & Mrs. purchased a home and have enjoyed all the projects that come along with homeownership.  Austin will tell you that all the decorating is left to Emma!