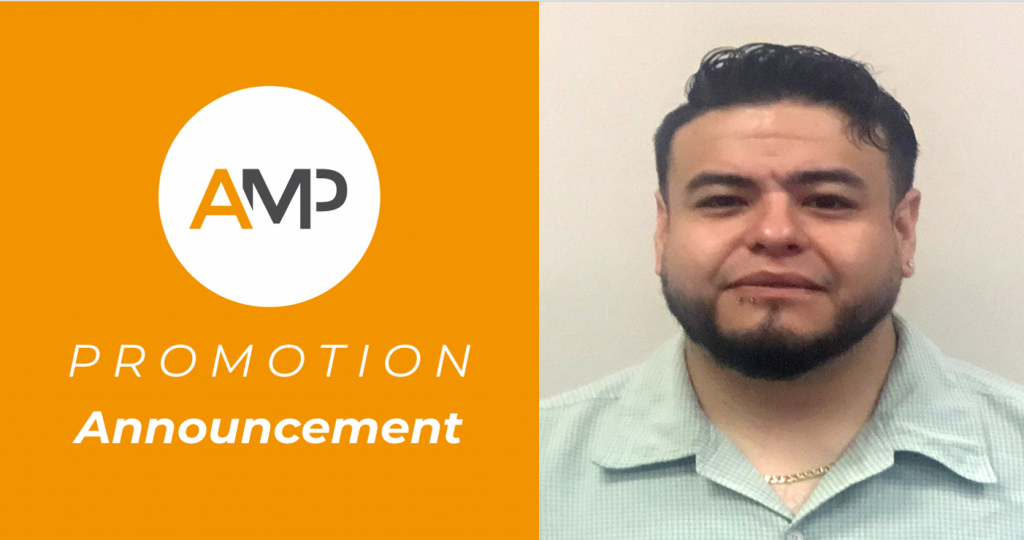 Congratulations to Juan Almaraz on his promotion to Digital Assistant District Manager for the South Chicago Digital Market!

Juan started his career with American Marketing & Publishing on September 17, 2019 as a Digital Sales Representative in the Aurora, Illinois territory. Juan speaks 3 different languages-English, Spanish and Korean and he has traveled to several countries to learn their cultures. One of Juan’s best qualities is his ability to make business owners feel comfortable talking to him and building trust. He is very passionate about helping small businesses and he is driven to hit his personal sales goals each month. Juan is an all around great guy and a team player, he steps in and helps in the on-boarding process when customers communicate better in Spanish, and he has even written the Recommendation Request Cards in Spanish so that we can provide those for our customers. Teammates throughout the central region have called Juan for assistance in translation and he always offers a helping hand.

Prior to joining the AMP Family, Juan worked for Samsung as an experience consultant and he also worked on the assembly line with Motorola. Juan wanted a change of pace so he started working for Chipotle Mexican Grill where through hard work and dedication, he quickly worked his way up to General Manager in 14 months. Juan worked long hours and weekends with Chipotle and he started thinking about other career opportunities where he could earn a good living and be able to spend time with his family. Our stars aligned when Stephanie Conlin found Juan and set up an interview for him in our Mokena sales office. The rest is history!

Juan dove head first into his career with AMP, studying hard to gain product knowledge and utilization of SugarCRM. Within 8 selling days Juan completed GSV on-boarding and quickly turned his attention to Optima where he created immediate success. Juan is currently the #2 ranked Optima Seller in all of AMP- $123,107 in Optima sales year to date!  He is the #7 Ranked Rookie in the entire company and ranked #26 in the AMP Top 50 Rankings.  Juan was promoted to Mentorship Manager on September 8th, 2020 and immediately showed how incredible his training influence is. Thanks to the incredible performance and continued leadership, only two months later Juan is now taking another step up to Digital Assistant District Manager.

Outside of work, Juan loves spending time with his family, especially his beautiful little daughter Yurii. She can often be heard in the background on the morning success calls and she is one of Juan’s biggest cheerleaders and motivators.  He enjoys playing soccer and video games in his spare time and an occasional EDM concert! Juan is a great all around guy with a tremendous work ethic and a heart made of gold.

Congratulations, Juan, on this well-deserved promotion!