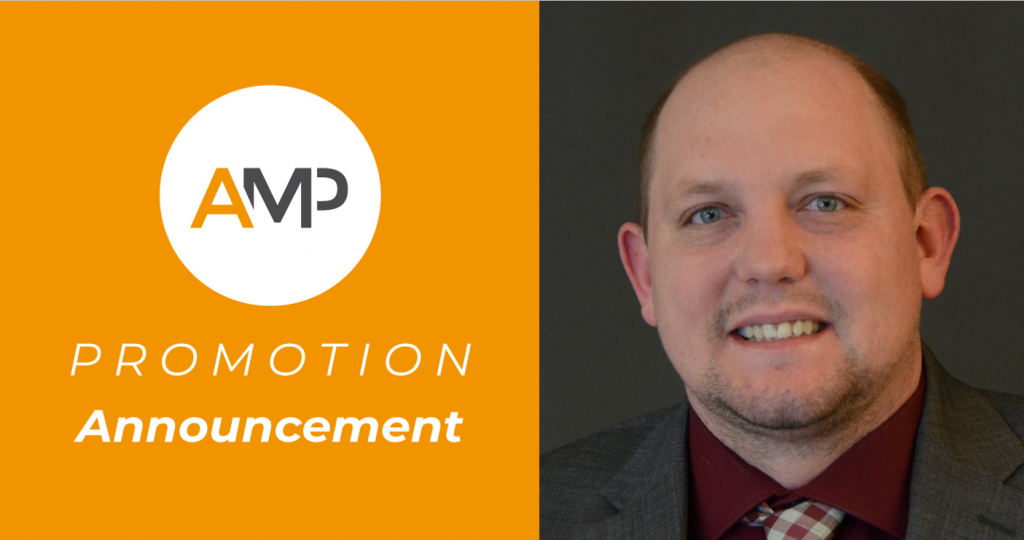 Congratulations to Rick Tough on his promotion to Market Expansion Specialist – Northwest Illinois!

Rick has become a household name at AMP due to his dominant digital performance and widespread influence across Central Region. Whether it’s training days, coaching calls, morning success calls, or just the support that Rick is always willing to give his teammates, he epitomizes AMP leadership. In his new role, Rick will be opening a new market in the Northwest Suburbs of Chicago, where there is a boat load of opportunity and untapped potential. I know Rick is excited about this opportunity as we’re always looking to grow, following the Brian Franczak mantra of “expansion always in all ways”.

Mr. Tough has done some incredible things since joining us at AMP. In April, 2017 Rick started as a first-in sales representative on the traditional side of our business. Rick immediately established himself as a hunter selling 5 print new and 4 OPTIMA in his first full month in May, 2017. He followed up that month with 4 print new and 7 digital the following month.  He crushed his first assignment of Mokena, IL, and began to turn heads in our organization. His second project of Lockport/Homer Glen was completed two weeks ahead of schedule and well above goal for another feather in his cap. That quick and consistent success, along with his digital prowess, led to his promotion to digital closer in August 2017.  Once in that role, Rick took off, as evident by 18 GSV sales in his first digital month followed by 10 OPTIMA in September 2017.

In 2018, Rick assisted in successfully closing 9 print projects! While keeping his eyes on the prize and winning on everything he touched, Rick also set his sights on our highly coveted President’s Achievement Award/Leadership Summit. Adversity struck and that same year became very difficult as one of Rick’s closest family members and best friends, Grandpa Tough passed away. They talked almost daily and one of the last things Rick’s grandpa said to him is now sealed into the forefront of his everyday motivation…”Be successful”. Sounds simple, but that simple phrase carries a ton of weight from one of his mentors and role models. Rick has already made his grandpa very proud and continues to build upon that everyday.

When 2019 came around, Rick was celebrating another Presidential Achievement Award and in February he was promoted to Assistant District Manager of South Chicago Digital. This was a big step in Rick’s career and a leap of faith as he was transitioning to a new all-digital team and working in areas we’ve never worked as an organization. Alongside his District Manager Raphael Weaver, Rick helped build the South Chicago Digital District to the #1 digital team in all of AMP! Raphael has nothing but incredible things to say about Rick and is really excited about his new opportunity to further spread his wings.

I’m sure we all can agree 2020 had some new challenges and Rick showed once again he is truly the “utility man”, selling every product in every way and doing whatever it takes to help the team and to help small business owners. During the Covid shutdown, Rick was one of the most successful reps at phone sales when they became necessary and never slowed down his productivity. He also has consistently been a top AMP trainer, jockeying for the #1 spot and hasn’t settled for anything less. This two time Presidential Achievement Award winner, top trainer and phenomenal leader is ready for this promotion. I reached out to a few people in Central Region to get a feel for the impact Rick has had at AMP. Here are some of the responses:

“Rick took me out on my mentorship day 3 years ago and we instantly bonded. He showed me what it was like to be a successful AMP rep in those 4 hours that we were together out in the sales field. Rick helped launch and grow the South Chicago Digital Division for nearly 2 years and it’s been a huge success and we’re still growing! Congrats on your well earned promotion Tough! You’ll do great!” -Raphael Weaver

“Rick has been a strong influence in my career at AMP. I owe a lot of my success to the things he’s taught me, and to the things he’s forced me to learn on my own. His leadership is felt not just in our region, but in the entire company. From a new hire’s first day start to a seasoned veteran in the field, Rick’s impact is immediately felt and long lasting. We owe a lot to his passion, from morning success calls, to Optima Growth emails, to learning the correct way to reheat a slice of pizza, Rick Tough is there for you. Congratulations Richard Joseph!” -Carlos Paz

“I met Rick first on my shadow day and knew pretty quickly that I was going to fit in with AMP. If you’ve ever spent 10 minutes with him you’d remember because it would be filled with laughter. Rick has a one of a kind personality, he makes you feel welcomed and excited about the future! He is very knowledgeable, quick witted, and has a great work ethic.” –Robbie Schwert

We are all excited for your venture Rick! You’ve created a legacy and now your next step is to do what we’ve done for 23 years at AMP, keep growing. Expansion always in all ways. Congratulations!

Congratulations, Rick, on this well-deserved promotion!