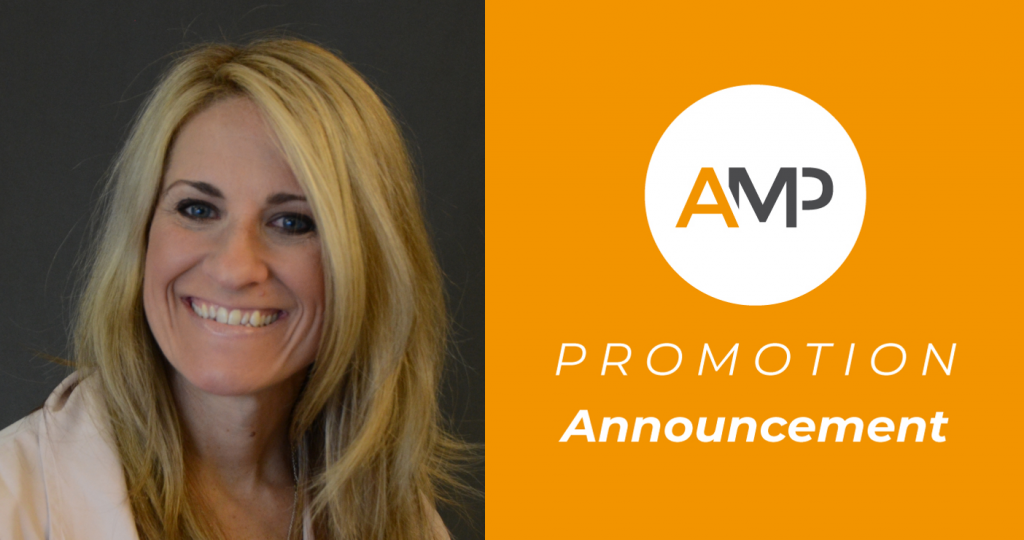 Congratulations to Connie Roeder on her promotion to Director of Training!

It’s with tremendous honor that we get to announce the promotion of Connie Roeder to Director of Training at AMP.

In March of 2017, Connie joined AMP to become our first Corporate Trainer.  Her first week was a memorable one in the classroom with teacher, Kevin Norton.  Connie went on to complete her first project in Algonquin/Lake in the Hills working closely with Brian Franczak and the Central Region.  She quickly became part of the mentorship team and the field training leadership team.  She then closed the Dundee/Gilberts project while co-training our traditional classroom in DeKalb and continuing to field train alongside reps when she wasn’t teaching in the classroom.  Connie eventually took the full reins of the traditional classroom instruction in DeKalb.  Her impact was immediate with Senior Sales Rep promotion records being broken and higher per rep sales coming from our new AMP stars.

In 2018, Connie worked closely with the automation team on the rollout initiative of our CRM.  Not long after, we began to integrate CRM into classroom training.  In 2019, Connie also began to travel to different regions throughout AMP for first day field GSV trainings and OPTIMA trainings, while continuing to evolve the classroom training experience in DeKalb.  She make modifications to our training defining what is now known as the AMP Tool belt.  An analogy approach for learning the fundamentals of our system and the “tools” we use to sell at AMP.

In March 2020, amid the lockdowns throughout the country Connie was part of our AMP Strike Force – the field to phone sales team during our first stay at home order.  She worked tirelessly to build and lead our virtual training classroom for new digital reps.  She also worked closely with Tiffany Mills to develop our virtual CRM training insuring better understanding and faster adaptation.   This reaction to the new environment thrust upon us in 2020 has become evolution!   We now hold several virtual training classes a month and all of our trainings will be virtual beginning 2021. This has brought about training cohesiveness, which was Connie’s one thing going into the start of year!

Prior to joining, AMP Connie spent 7 years staying at home with her two young boys and as a sales rep with a Network Marketing Company in fitness and weight loss, ViSalus Sciences.  She began this business as a side hustle to create income flow that would allow her to be at home with her boys and to get healthy.  After giving birth to her second child Connie had health challenges and was motivated to get her health in order.  She became a personal trainer and avid weight lifter, got into the best shape of her life even winning fitness competitions.  She also developed a fulltime income with ViSalus creating a top tier team within the global company and was amongst the top 100 sales reps worldwide. Connie had a large why…her kids and her health.  As a reward for her hard work, Connie was awarded a year-long mentorship training with John C. Maxwell which was a huge honor for her as personal development is a big passion of hers.

Connie also ran her own graphic development company during these 7 years and some fun facts about that, she was the PR person for a rock band called Farewell to Fear, they are well known band on Octane and for recreating the rock version of Rhianna’s Diamonds.  Connie got to spend time touring with the band and seeing the behind the scenes of the rock world.  This was not the first time Connie has dabbled in the arts and entertainment. She has done improv on Chicago’s off Broadway and Co-Produced/Casted an indie film that premiered in 2001 on the IMAX Screen at Navy Pier called “One-Shoot” partnering with Mark Nilsson of 190 North and Ken Nilsson of Emmy Award Winning 321 Draw.

The love for design and helping small business owners, comes from Connie’s work prior to ViSalus as Creative Director, Pesola Media Group working with National Brands and Locally Owned and Operated Companies as a marketing arm for their business.  Connie began as the company’s sole designer and eventually led a team of designers for both print and web design.  One of Connie’s largest clients retained was Coca-Cola North America, which was one year in the making.

Connie is a graduate of Illinois State University and sought a career that would pair well with her major of Sociology/Psychology.  Fresh out of college, Connie spent 8 years with Cova Financial Services Life Insurance Company. She started out as the receptionist in HR and eventually became the Director of the Department.  Connie loves helping others and it reflected in her work with this company.  Prior to her taking the lead in the HR department, the company had an extremely high turnover rate.  Connie put in programs and internal initiatives to bring that down and got it to a historic low of under 5%.  She created the promote from within program, continuing education program and developed low-cost employee relations programs that made work a fun place to hang out.

When not working you can find Connie spending time with her family, Fiancé Tom a Homeland Security Officer, sons; Aidan 19 now a fellow Redbird and World Champion Powerlifter, Nicolas 14 accomplished choral singer, Jake 15 an honor student at Marion High School, plus her dogs; Kya the wonder Boxer and Fali their K9 German Shepherd.  Connie loves construction and design and power tools. It is a huge passion and she actually built a home with her own hands and the help of a team that included her father.  Her Dad has been a large influence in her life and she accounts getting a lot of lessons of determination from him.  During the pandemic and the stay at home order, Connie spent her free time building a headboard, a closet and her home office.  She and Tom constructed full-fledged professional gym in their garage mainly so her son could continue to fulfill his goal of breaking a world record in powerlifting.

She also loves to travel and that is a goal for her every year.  She has a love for nature and this year was no exception as she had goals on a list that were going to get accomplished.  Star gazing, hiking and traveling our country is a passion.  Connie also enjoys cooking, baking and watching football (Las Vegas Raiders) and most of all spending time with her family.

Congratulations, Connie, on this well-deserved promotion!