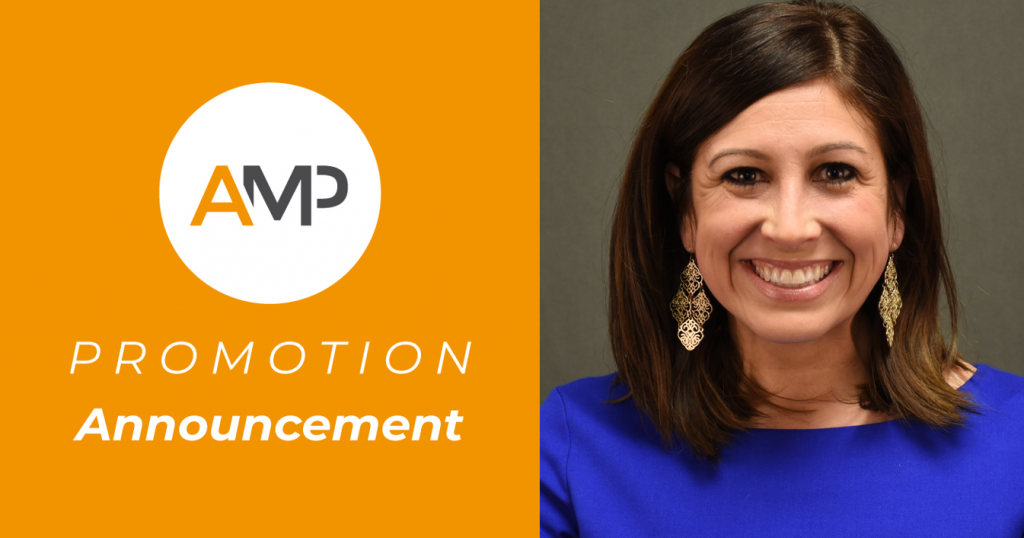 Congratulations to Amelia Acuna-Teyner on her promotion to Senior Sales Rep!

Amelia’s story is going to start a bit differently than most promotion write ups.  We’ll start this narrative before Amelia joined AMP in November, 2018.  Her and her husband had just moved to Illinois and she saw a job position open on LinkedIN for a company called “American Marketing and Publishing”.   She decided that she would go learn about it the “old school way”, and she dropped off her resume in person!   Amelia says she wanted to work at AMP the moment she walked through the front the front door!  She was called in for a shadow day and sat with Janelle Hannon listening and learning what it would be like to work for the DeKalb Inside Sales Team.  After the shadow, she wanted the job even more.

Leap forward to December and Amelia’s concluded her classroom training.  Her first town was Reedsburg, WI and she sold two print new to achieve her onboarding.   You can actually see a copy of the book on Amelia’s desk. It’s endured some coffee stains, but remains intact and  reminds her of where she’s come from enabling her to look back at her very first two sales nostalgically:    a bakery and a seamless gutter business.

January, 2019 only a few weeks after joining AMP Amelia attend her first company meeting and she described herself as being in “awe”.   She closely observed everyone going on stage to receive awards and learned about the President Achievement Award.   Amelia made up her mind she was going to win and wrote down her goals.  During her first month Amelia she transitioned from as a cross- seller to a closer role.   This was a peek into the direction she was headed as she tallied 45 accounts and over $20,000 in sales that month winning her first ever Sales Rep-of-the-Month.  A month later, she had her first month over $25,000 (and won another Sales Rep-of-the-Month).   Amelia sold $26,917 w/ 3 new in February.   A month later, she had her first month over $30,000 with total sales of $38,880 including her first 4 OPTIMA sales and you guessed it won her 3rd straight Sales Rep-of-the-Month.  In total, Amelia would win that honor 7 times in 2019.   She also fulfilled her own vision by sprinting across the finish line of 2019 winning her first President’s Achievement Award tallying up $111,217 in sales with 27 print new/OPTIMA in the final four months of the year!

Amelia embraced a lot of change in 2020.   Obviously, the world went through some major changes and so did Amelia as she and her husband moved to Indiana.   Through all the change, Amelia got stronger.   She had her first $40,000 sales month in 2020.   That first happed in March when she sold $48,930.  She then did it two more times in both September and December.   She raised her game with print new selling 9 in June and 8 in September.   For the year, Amelia averaged $33,593 in sales per month with 6 print new and 4 OPTIMA per month.   She helped contribute to 25 successful projects over the course of the year.  When you put it all together, Ameila won her 2nd President’s Achievement Award and finished the year as the Inside Sales Rep of the Year.

2021 is off to an exceptional start.  Amelia’s new personal best this year, she sold 10 print new, last month, for the first time.   She’s also kept her average of 4 OPTIMA per month while exceeding $175,000 in sales.   Add three more Sale Rep-of-the-Region awards and you’ll see that it’s shaping up to be another big, big year!

Prior to AMP,  Amelia worked in higher education admissions, and also marketing for The University of Findlay, The University of Toledo as well as The Ross School of Business at The University of Michigan.  Their professional travels also took them to the wonderful state of Oregon, where Amelia taught 6th,7th and 8th grade Language Arts and History  at St. Mary’s Academy in The Dalles, OR (as well as putting on all of the middle school dances!)  Amelia always knew that her prior skills could be applied to a sales job, but she says that she never imagined how much our work would change her life and allow her to use her full potential while growing both personally and professionally.

Amelia is a very family oriented person and they get together as much as they possibly can!  Her and her husband are big dog people and she likes to spend time with her 6 month old, 60 lb, sheepadoodle puppy Stanley Baxter Teyner.  Amelia loves to read and to shop.  Running is one of her biggest passions and she’s signed up for another Marathon this year, Sept. 25, and has the goal of running in the Boston Marathon (again).

Amelia enthusiast, District Manager Janelle Hannon, had this to say

“Amelia is one of the hardest workers I have ever had the privilege of working with.  She has a relentless work ethic, when she says she’s going to do something you believe her because she makes it happen! There’s not a challenge too big for her, she puts on a smile and tackles everything put in front of her.   Anyone who know Amelia knows she is so genuine and just feels sunshine wherever she goes.  Her positive attitude and joy for life itself is contagious.  She inspires me daily and I am grateful to get to work alongside her!”

Congratulations, Amelia, on this well-deserved promotion!