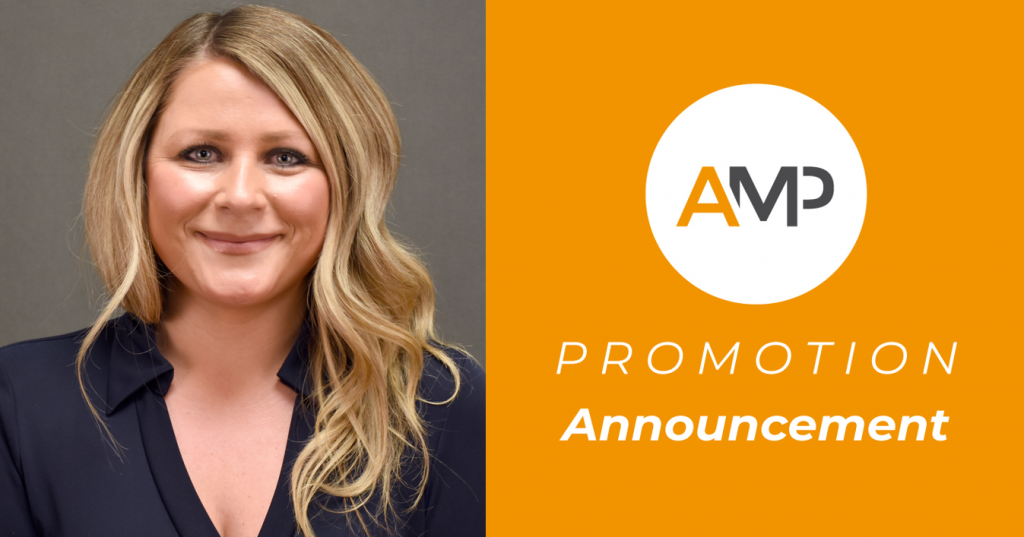 Congratulations to Lisa Menard on her promotion to Senior Sales Rep for DeKalb Inside Sales!

Lisa’s first day with AMP was in summer of 2018 (the 2nd week of July to be precise).   After 18 years of successful retail work, she decided it was time to create the balance that she had always wanted and knew was possible.   Lisa openly admits to toggling between the emotions of fear and excitement in those early days.    She credits meeting an infectious host in Steve Ruckdaschel and a work partner, ally and friend in Kendra Hobby both of whom helped pull her through the first couple weeks.   Lisa also simply took the approach that she needed to make this work for her family – no better motivator!

After training, Lisa started on the phones in her first town  Port Washington and her 1st sale ever was Evens Pest Control (who has been renewing with AMP ever since) and then her 2nd showed Lisa was going to think big – she sold a full page ad!  She kept that “thinking big” mindset upselling her 1st special placement from an in-column logo to a front banner for a real estate agent in Sheboygan and this helped contribute to one of countless successful projects that Lisa has been a part of.   Her first full month with AMP, Lisa sold 5 new and won her first Sales-Rep-of-the Region!   She concluded her first year with just under $70,000 in sales and 22 print new in less than ½ a calendar year!

Lisa kept growing through 2019.   She tallied sales over $200,000 for the year with 53 print new and she decided to totally up her OPTIMA game.   This coincided with the decision to sprint after President’s Achievement Award at the close of the year.    Her final four months of 2019, Lisa totaled $88,082 in sales with 25 print new/OPTIMA and over 55% POS.   In December, she set a new bar of what’s possible for digital sales from our DeKalb Insides Sales team:   10 OPTIMA!    She added a 2nd Sales-Rep-of-the-Month and put the final touches on her first PAA!

2020 required everyone’s very, very best mental fortitude.  She opened the year with a department record 13 print new in February.   She sold 9 OPTIMA in both January and March.  Lisa then watched her work life change majorly when we were forced to close up the office at 915 E. Lincoln and operate from home during the lockdown.   Lisa led this forced change with a great attitude and by example as she didn’t miss a beat.  Her two best sales months of the year were May ($23,855 w/ 5 print new and 4 OPTIMA) and June ($25,000 w/ 6 print new and 2 OPTIMA)!   Not surprisingly, as Lisa pushed through our toughest months her year took great shape.   She contributed to 13 winning projects and won her 2nd consecutive President’s Achievement Award totaling over $240,000 in sales with 91 print new/OPTIMA on the year.

The best is yet to come from Lisa Menard.   In February, she had her first $30,000 sales month.   In March, she had her first $40,000 sales month…$43,695 with 6 OPTIMA to be precise!   She’s on pace to exceed her prior best year by over $100,000 in sales.   Despite all her big personal success, she takes as much professional pleasure in the little stuff.   Last week, she helped teammate Beth Hedger cross the finish line on her start to finish for Little Chute.   The team’s “team mentality” is sacred to Lisa and she’s proud to be a big part of De Kalb Inside Sales.

Lisa is a hugely appreciative person and loves connecting her work success to her family as she took her son on one of the company trips that she won and also a family trip to Disney.    She’ll tell you that, before AMP, she thought company trips were for “other people”.  Now, she sees her work and the daily challenges to get better as key components that have led to a better family life.   All the pieces are connecting as Lisa is very proud of her oldest son as she’s helping to put him through college.   In her spare time, Lisa loves walking her dogs, spending time with the kids and watching and listening to motivation videos.    She’s also training with her manager, Janelle Hannon, for a running race in a couple months!  Lisa’s #1 fan, Janelle, also had this to say about her,

“Lisa is a true team player and embodies what AMP is all about.  She loves a good challenge and is always looking for ways to grow both in and outside of work. She is someone who always shows gratitude, for our work, the opportunities, our team and everything.  One thing I love about Lisa is she knows how to make work fun and I can’t imagine our team without her! “

Congratulations, Lisa, on this well-deserved promotion!