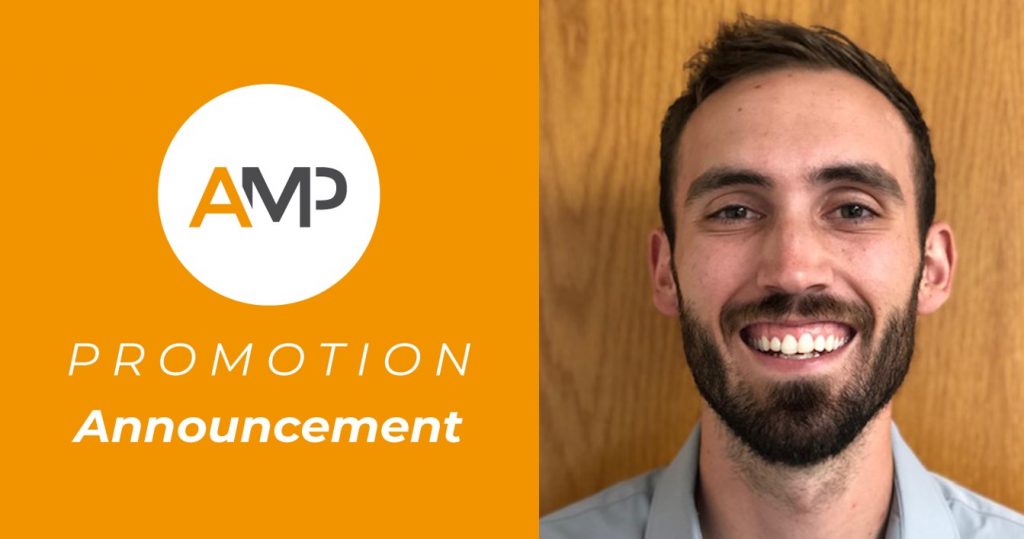 Congratulations to Austin Oppenheimer on his promotion to Market Expansion Specialist for Washington!

I am very proud to announce the promotion of Austin Oppenheimer to Market Expansion Specialist in the state of Washington- specifically the Olympia, WA area (about an hour south of Seattle).

Austin will be be selling exclusively in his new home state, but also training new hires as we grow into a large Digital market over time in Washington; ultimately with a strong sales team lead by a District Manager. Austin gets that process started for us this week. This all happens as a result of Austin and new bride Emma wanting to move to the Olympia/Seattle area from the Des Moines, Iowa area as they formally moved last week. So the result: AMP now has a presence in Washington state!!

Austin is a name most are likely familiar with at this point; and not just because of an 11-letter last name. Austin’s reputation has been built on outstanding sales achievement since joining our company in July, 2020; coming to AMP from selling cars in Ames, Iowa. In that rookie season last year, Austin started strong with 26 accounts sold in his first month- ultimately finishing with average sales of $16,037 monthly and OPTIMA sales of $9,337 per month. On to 2021 where Austin’s sales statistics through June have blown up– averaging $24,626 in sales per month and $16,794 during that time. This earned him West Region Digital Rep of the Month four times already this year and three promotions during his initial 12 months at AMP. That’s a trajectory of performance that’s pointed straight upward.

Austin is an Iowa native, having been born in Emmetsburg, Iowa. He moved on to college at Ball State University in Indiana where he graduated with a Business Administration degree. After college, Austin made the trek back to Iowa and managed the Buckle store in Ames; where he met his current wife Emma. Following that, he then sold cars for the next three years at a Honda dealership. None of those things, however, are the most significant event in his life — that belongs to his marriage to Emma only about five weeks ago.

Please join me in extending your congratulations to Austin on ANOTHER well deserved promotion as each one takes on even more significance.