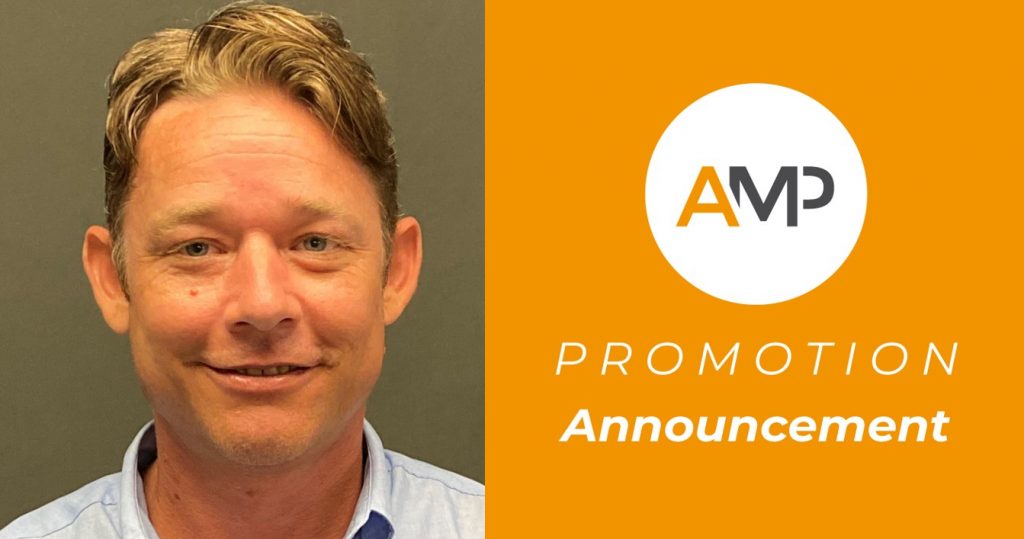 Congratulations to Jake Bettcher on his promotion to Assistant District Manager for Iowa Central!

Jake originally came to AMP in July 2020, started very strong out of the gates, hit a bit of rough patch with his sales success, but with intestinal fortitude as his guide, in recent months has hit another gear and performing at a better and more well-rounded level than he has at any point of his career here.

In 2021, through July, Jake has sold an average of $15,568 per month, ranks 8th overall in the company with NEW Print sales accounts secured, and just one month ago had his biggest OPTIMA™ selling month of his career so far. He’s been as consistent as anyone in the West Region and does this through his training responsibility every week in the sales field.

Two things I personally appreciate about Jake: 1) he was personally challenged by his mentors to sell a better balance of Print and Digital if he wanted to evolve into a leadership role, and he responded through his results  2) He is well respected by his peers in the entire region. Certainly he’s very well liked and very positive and supportive to others, and well liked for those reasons, but his work ethic and consistency in his sales has earned him great respect.

On a personal level, Jake grew up in southern California but spent his teenage years and now adult life in the Midwest. Jake once was a semi-professional skateboarder, and also received a modeling scholarship from a contest he won as a teenager. He’s blessed with a beautiful family that includes wife Kayla, children James and Clairice, and dogs Dac and Chewie. Jake and his family love boating and camping together and personally he also enjoys golfing, hunting, and fishing.

Congratulations, Jake, on this well-deserved promotion!