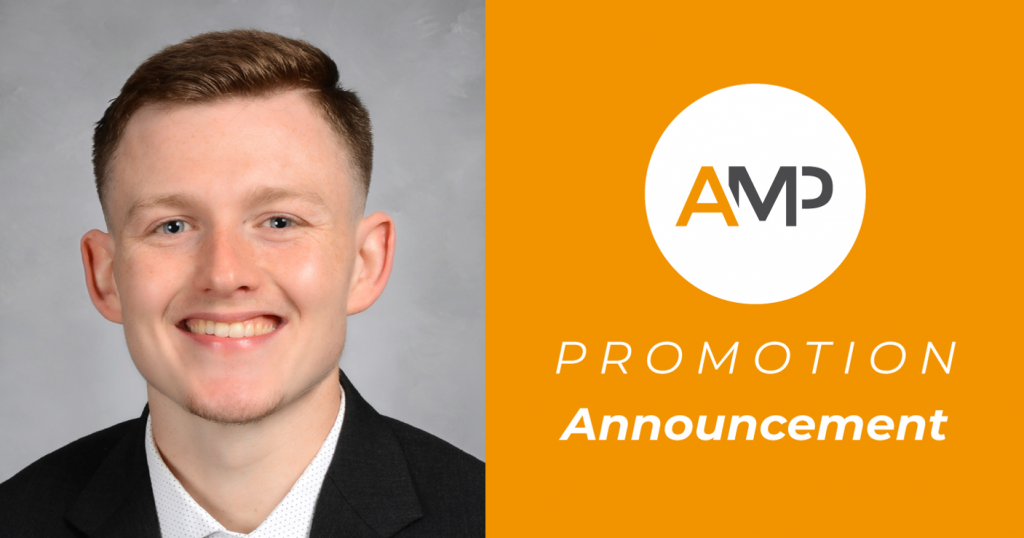 “Although I have limited job experience, I make up for that with the desire to better myself and improve the environment that I work in. I am an extremely well-rounded individual with a liberal arts background. I have exhibited the ability to multi-task and develop strong relationships with individuals. Throughout college I was a member of Greek life as well as a varsity sport all while maintaining Deans list. This shows my ability to manage time and do whatever it takes to get the job done. Overall, I feel that I am prepared to take the next step and am willing to do whatever it takes to get there.” – Dallas Fonner

Captioned above is Dallas’s resume heading that captured our attention to bringing this incredible young man into our AMP interview process. That and the fact that Dallas’s limited job experience was with Vector Marketing for two college summers where he ended up as the #1 sales rep in the entire southwest region.

Dallas joined our AMP on June, 29th 2020. Dallas career start was nothing short of exceptional. His first week was during our final week of a five week June sales month. This three day selling week (July 3rd holiday) Dallas sold $3,075 in sales with 4 accounts with one premium Optima sale. That success was no fluke as Dallas secured another 10 Optima sales prior to his official Optima training in mid- July. Dallas’s first full month he totaled $26,080 in sales, 21 accounts, $21,600 of Optima (16 separate, $1,350 premium Optima sales) and $4,480 GSV. This level of excellence earned Dallas a historic mark as the #2 first full month digital producer in the history of our AMP. In August 2020, Dallas’s second full month of tenure he kept his momentum going selling another 16 Optima accounts with $21,300 Optima revenue. August concluded with $22,650 in sales. Dallas quickly emerged in our AMP ranking as the #2 ranked rookie in AMP, and ranked #5 companywide! His two month sensational performance tallied up to $44,250 Optima, which put him as the #13 ranked top Optima producer of 2020 with only two months of tenure.

In 2021, Dallas has done it all! He’s increased his leadership responsibilities all while maintaining extremely impressive results. He was promoted to Digital Assistant District Manager at our virtual all-company meeting regional after party. Dallas earned and attended our coveted President’s Achievement Award with an incredible four month sprint that concluded on New Year’s Eve to achieve his qualifying criteria. The Cowboy has traveling to all corners and in between every square inch of our Indianapolis and Northern Kentucky markets to develop shoulder to shoulder with his teammates. It is common to find Dallas out on a Saturday developing. In August, Dallas spent four consecutive Saturday’s in the field selling over $8,000 alongside his teammates. In his last four months, Dallas earned a three peat as Central Region’s Digital Rep Of The Month. He has averaged $18,616 in total sales per month and over $14,196 of Optima/Text! The success of the Cowboy is truly about his commitment to routine, discipline, and getting better every single day. He’s committed to personal and professional growth and inspires everyone around him to do the same. It was awesome for everyone to see Dallas accomplish his “75 Hard Challenge” that involves a diet regimen, working out twice a day for at least 45 minutes, reading 10 pages of a book and drinking 4 liters of water per day. The hours ‘off the field’ is where Dallas ‘gets ahead’ in work and in life. He studies, he does his research and he’s constantly finding ways to compete with himself. AMP’s definition of hard work is enthusiastically sustaining good habits, and Dallas is exemplifying that.

Dallas always carries himself with the utmost class and professionalism, walks the talk and listens intently to all coaching opportunities. He is humble, funny, confident, appreciative, kind and just that guy that everyone wants to be around. He betters everyone around him, he lifts them, and as a result he has earned another incredible promotion as District Manager.

From his college degree to his now degree in sales leadership we know that whatever Dallas sets his mind to, he achieves it. Behind this incredible young man is an equally incredible and amazing girlfriend of four years, Kaitlin. Kaitlin is finalizing her nursing degree in Indianapolis. Those who attended this year’s President Achievement Award in Cancun, Mexico had the pleasure of spending time with her in Mexico. Kaitlin and Dallas recently moved to downtown Indianapolis with their sweet puppy, Cardi ‘B’eagle to be closer to Kaitlin’s school and have more parks for the puppy to play.

Dallas we are lucky to have you part of our AMP. I am honored to shoulder next to you in our work daily. You inspire me, you motivate me to be the best me for you and our AMP that I can be. You understand wholly that leadership is a privilege and today is your day to be proud of all you accomplished in life leading you to this moment in your career. Congratulations Dallas you deserve it all!

We will conclude with the same remarks that we concluded Dallas’ last two promotion announcements;

There’s more greatness to come and here we are with the ‘more’ but once again we will leave with; STAY TUNED as this rodeo from the Doogie Howser Of Sales has only begun!

Congratulations, Dallas, on this well-deserved promotion!