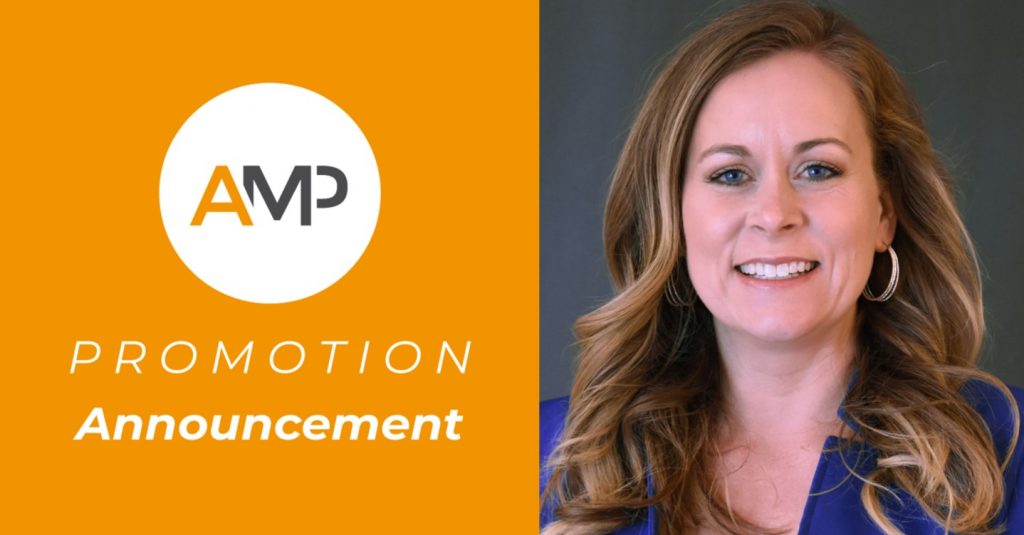 Congratulations to Jamie Heymann on her promotion to Vice President of Sales for the North West Region!

One of the earliest hires in the history of the West Region has come full circle.   Jamie Heymann knows a thing or two about growing.   She was part of the initial build out of the state of Iowa as a top seller and leader in the state.   She spent months as a trainer helping to further expand the region by helping grow her teammates.   In 2013, Jamie took what she learned and moved across country to Tennessee where she resurrected a struggling market and then infected everyone with her vision and determination to become a digital leading market.    Jamie did what she set out to do and was the very first AMP leader to compile a month of $100,000 of OPTIMA™ sales – a record that stood for a number of years.  She led by example earning the Field General award in 2016.   While in Tennessee, she also set the bar for our digital growth with the first $1M digital market and developed the first Digital Rep of the Year for Tennessee in 2017.   Jamie’s time living in TN was not in the cards forever, but she did one of the most important things you can possibly do in building a market – she mentored her #2 (that would be Joy Cordle who was the Rookie of the Year in 2016).

In 2019, Jamie returned to the Midwest and helped start another digital market before she was promoted to our first ever Corporate Digital Training Manager supporting the entire AMP footprint traveling all over the country and helping rising stars in the West Region, North Region and Central Region.  She rebuilt the company OPTIMA™ and  CloseBy® Text classroom training and helped align all of AMP for scalable growth.  In 2019, Jamie became the Regional Manager for Iowa.  She helped lead the rise of the Des Moines district which included the addition of Austin Oppenheimer – now DM for the state of Washington!  On top  of Iowa, Jamie as a big influencer for all of the West Region.  In 2021, the West Region grew text by 39.3%; GSV by 13.7% and OPTIMA™ by 19.7%

Jamie is humble, humorous with a huge heart!   You spend a day with Jamie and two things are sure – you’ll move fast and you’ll have fun.   She’s also fiercely competitive recently communicating that she never let her kids win at Mario Kart.   She will take whatever challenge is thrown at her and make the situation better!

Congratulations, Jamie, on this well-deserved promotion!