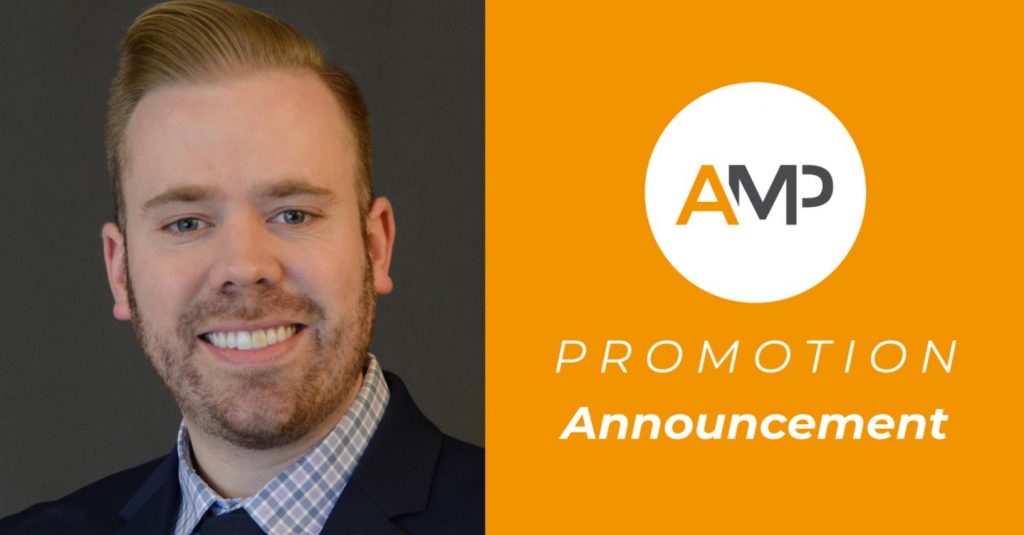 Congratulations to Luke Wasowski on his promotion to Vice President of Sales for the Central Region!

To tell the story of Luke, you need to go back to May 2011, when a recent Illinois State University grad took his 2nd job (his first job was one month before he found AMP).   If you had a time machine, you could also see Luke Wasowski without facial hair.   Luke hit the ground flying.  His charm, intelligence, and resolve enabled him to quickly put the pieces together and never look back.   Luke’s origin story is before we even had ranked rookies.  If there had been such a thing, Luke would hold one of the Hall of Fame spots for great first-year performances.   As good as Luke was in the field by himself, Luke was even better when teaching and training others.   He became a Field Trainer in 2012 and spent several months training side-by-side all over the state of Illinois and Indiana.  In 2013, Luke was promoted to ADM, where he did both facets of that work at the highest level – top performer and top trainer!   In 2014, Luke was promoted to DM of South Chicago, aligned, for the first time, with Brian Franczak.

Luke’s 5-star abilities enabled him to lead the most tenured AMP markets to growth year after year while also evolving the team to be one of the top-selling digital units in the AMPverse.   As such, in 2018, a new digital market was born under Luke’s direct management with Raphael Weaver at the helm.   The dual success of print and digital throughout 2018 made Luke the recipient of the 2018 DM of the Year title while also catapulting him to a Regional Sales Manager promotion in 2019.   He’s never wavered from his greatest strength, side-by-side leadership, and owns the most Field General Leadership trophies in AMP history.   In both 2020 and 2021, Luke’s Region led AMP in print sales, OPTIMA™ sales, and GSV sales.

Luke simply loves to compete at everything, and he possesses that rare quality of a quieter, calmer intensity.   That’s not to say his passion doesn’t totally shine through; it’s a compliment to his unflappability and capacity to see the big picture and stay the course steadying everyone around him.   Luke’s most directly managed team, his family, is adding headcount this year with he and Gretchen’s first child arriving in just a few months.

Congratulations, Luke, on this well-deserved promotion!