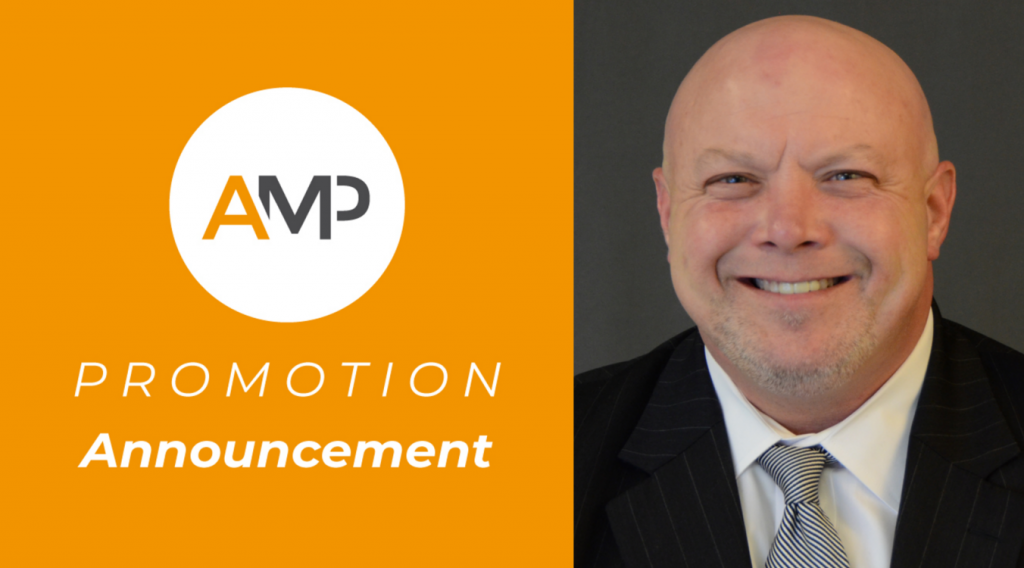 Congratulations to Kevin Norton on his promotion to District Sales Manager!

I would wager that 99% of the people reading this email have heard the name Kevin Norton before. He is approaching his 7-year anniversary with AMP on June 15th, and by that day, he will have sold well over 3 MILLION dollars in AMP marketing & advertising services. Today, he is proudly representing $2,963,099 in total sales. That number alone is extremely impressive, but how he achieved it is even more inspiring. Kevin epitomizes “competing against yourself” and “BBTY,” which stands for Be Better Than Yesterday. Kevin didn’t let up or do a victory lap after achieving one of the most heavily sought out early career awards, the 2015 Rookie Of The Year award. Fast forward to today, and Kevin is a 5 time Rep Of The Year Award Winner and has consistently been the #1 Ranked Rep in the entire company for 6 straight years.

The Cyborg has a ferocity that makes him an intense competitor in the sales field. He often jokes that his sales success is driven by vengeance. It may be remembering the people in his past who doubted him that he loves proving wrong, or recalling the last business owner that told him “no”…and then immediately visiting their competitor to help them be more successful. Kevin’s intensity motivates his teammates. His compassion and willingness to help others are important characteristics of leadership that make him a perfect fit for this District Manager promotion.

American Marketing & Publishing has a company culture built on front-line leadership, and I’m proud to say that our leadership team is comprised of the best salespeople on the planet. Kevin has been a leader for many years, sharing pearls of wisdom on the morning success calls, helping his teammates close sales shoulder-to-shoulder, and frequently being the last person to turn his car toward home.

Kevin joined AMP after moving from St. Louis back to his hometown of Herscher, IL. He spent 15 very successful years with Verizon but recognized he had reached the ceiling there, leading him to his home here at AMP. He is a father of 7 (yes, SEVEN); he often jokes that he had a really nice head of hair but dealing with seven kids caused it to fall out at an accelerated pace. Kevin married his high school sweetheart Jennie who has helped raise their army of kids and has been a massive part of his career success. She is an incredible teammate of Kevin, and I can personally say that she is also the best sales manager he’s ever had. I still laugh about days I spent in the field with Kevin, where we’d feel like we had a great day already, and he’d share a text message from Jennie such as: “You’ve only sold 3K, don’t pat yourselves on the back, get your asses back out there”. The best one we ever received was classic Jennie and also how most people could describe a day with Kevin: “You ride together, laugh for 8 hours, act like chuckleheads and still manage to sell $12K”.

In his new role, Kevin will lead the “Traditional Titans” in Central Region. Their collaborative goal is to increase digital sales while maintaining the print success that they have all been driving for so long. This elite team is made up of some of the most tenured reps in the business and will prove to be one of the most productive teams in 2022.

Congratulations, Kevin, on this well-deserved promotion!