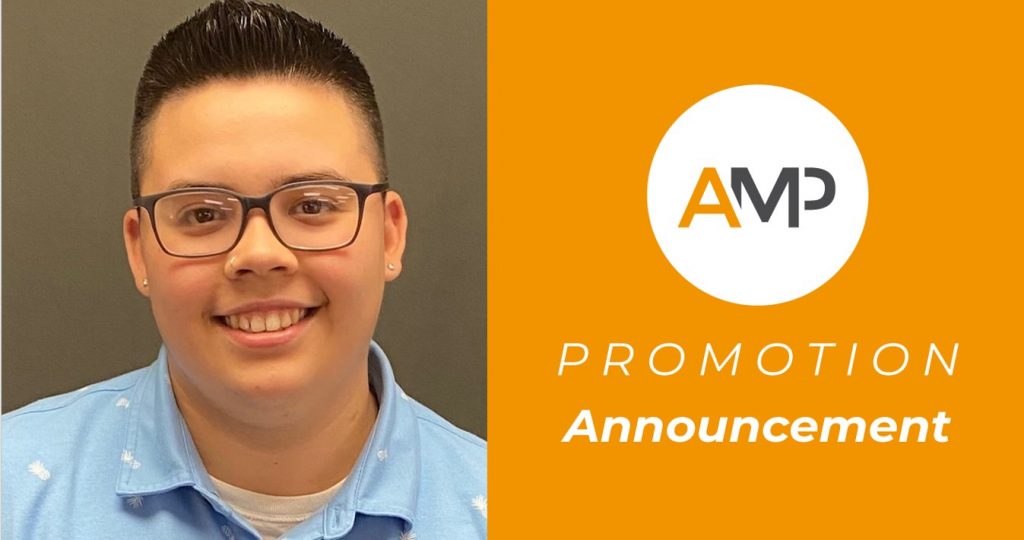 Congratulations to Veronica Quezada on her promotion to OPTIMA™ Verification Team Lead!

Veronica’s journey with AMP started in May of 2018 in a strictly behind the scenes, non-phone facing role but since then she has been on a journey to learn all things OPTIMA™. In early 2019 Veronica took a leap of faith and decided to try her skills on the Verification Team where she quickly became an expert and one of our top performers. That leap paid off when by the end of 2019 she had been promoted to OPTIMA™ Fulfillment Verification Trainer!

Then, the world broke as we at AMP enhanced! While the world around us went through a pandemic pause, we transitioned the OPTIMA™ fulfillment team into SugarCRM. This meant learning a new system from scratch, training an entire team on a new system, and in fact doubling the verification team as we dealt with one major side effect of the pandemic, every small business needing to be online, ASAP! Add this to the adjustment of not only working from home, but also leading and supporting a team from home. Veronica doubled down on being there for her team offering support and extra coaching via phone, email, or mattermost whenever they needed.

In 2021 Veronica was promoted to OPTIMA™ Verification Coordinator where she set her sights on getting the team to hit and surpass their benchmark numbers. She provided additional one on one coaching, perfected new hire training plans, and worked diligently and confidently alongside the verification team while they reached record setting goals of completion for our OPTIMA™ customers within their onboarding process, consistently 97%+! She has been directly responsible for the initial training of over 90% of the verification team who have also been able to hit their benchmark goals quicker, more confidently themselves, and with higher accuracy.

In Veronica’s new role, she will continue to provide direct support to the verification team, while working to improve and enhance our OPTIMA™ offering. She will be looking for and implementing improvements to systems, sites, and team procedures to make the verification team the strongest it has ever been. Veronica’s ambitions and goals for the team and herself will drive this Verification Team to continue reaching record setting numbers in 2022 and beyond!

Those who know Veronica best would describe her as a dedicated super fan; fiercely loyal to not only Taylor Swift and Dua Lipa, but also to the verification team that she’s worked incredibly hard to help reach goals they never knew possible. When Veronica isn’t at AMP helping her team and our OPTIMA™ customers, you’d likely find her spending time with her large and loving family, and her girlfriend Natalie & their pups –Bailey & Beau.

Congratulations, Veronica, on this well-deserved promotion!