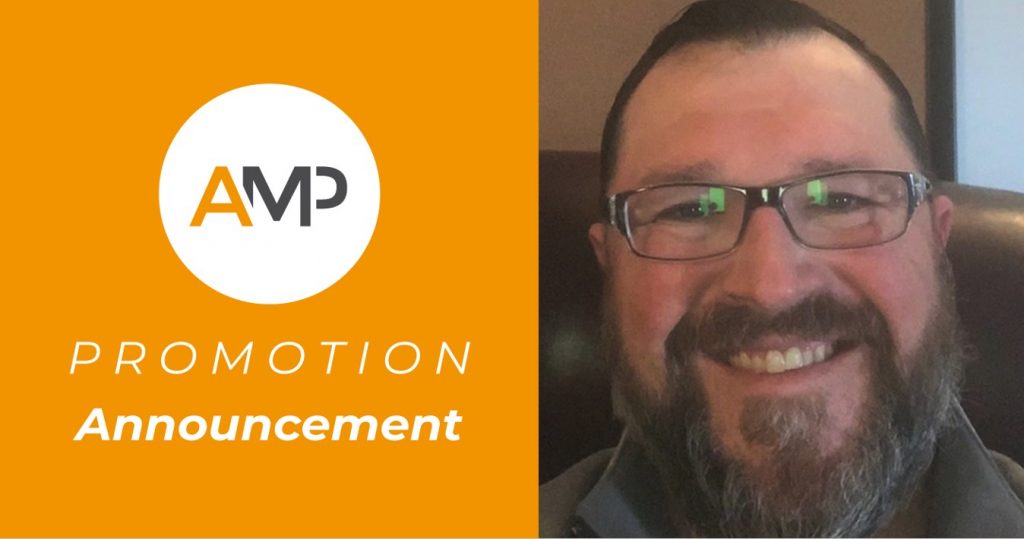 Congratulations to Bill Shaub on his promotion to Digital Mentorship Manager!

Bill joined AMP on April 4th of this year and hit the ground running. Bill brings 17 years of Leadership with him to AMP from his District Manager role at Walgreens. When Bill joined AMP he was looking for a career that would allow him to help others, while offering the opportunity to grow not only professionally but personally as well.

When Bill isn’t helping small business owners grow he spends his time with his family. Bill met his wife Lindsey while they were both attending Millikan University in 2001. They have 2 beautiful children, Trace who is 17 and Tristan who is 14. Bill is very active with all sports and coaches football and wrestling.

We are excited to see where Bill’s career at AMP takes him!

Congratulations, Bill, on this well-deserved promotion!