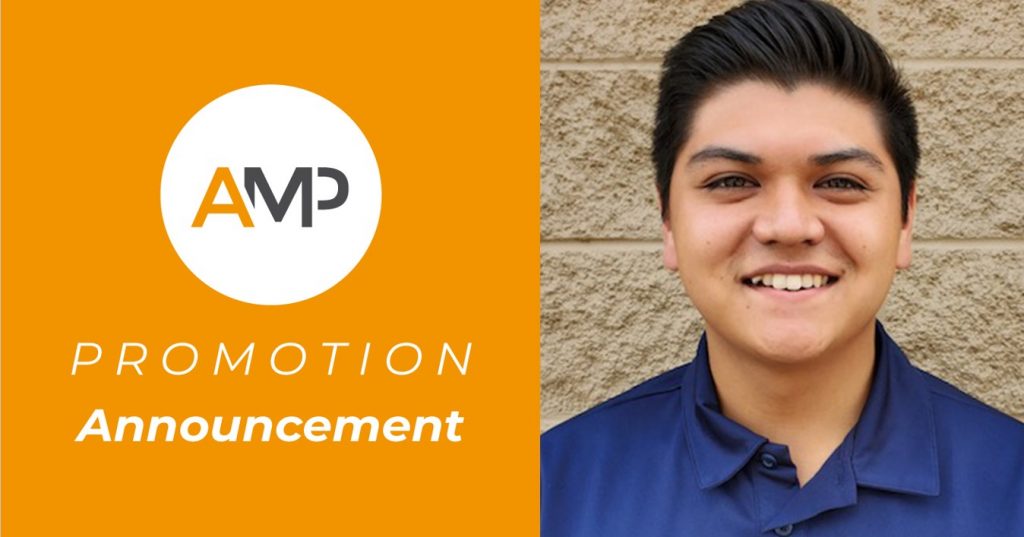 Congratulations to Tanner Jaksa on his promotion to Market Expansion Specialist!

In this new role, Tanner will support the growth of our Districts in Tennessee and Florida.

Tanner joined AMP, in the final selling week of June 2021 and didn’t hesitate to make his mark with a $32,299 July and over $19,000 in OPTIMA™ sales. From the moment Tanner started, his District Manager Joy Cordle knew she saw something great in him and predicted a high level of consistency, which is a trait of future leaders.

August was another strong month and then Tanner went on to set a company record at the time with $38,835 in digital field sales in September. Tanner still holds the record for the most OPTIMA™ field sales in a selling month with $30,250. Tanner has a very genuine nature about him, so of course, he is hoping someone that he helps develop will beat his record!

Tanner may have started AMP in the second half of the year, but it didn’t slow him down in making sure he was a candidate for Rookie of the Year and to earn the Presidential Achievement Award. During the months of July-December Tanner secured over $170,000 in sales revenue, averaging $28,000 per month, and 65% of his total revenue in OPTIMA™ sales.  Leading the charge in rookie sales Tanner was named the 2021 Rookie of the Year and his first Presidential Achievement Victory.

Growing up in Northern Virginia, Tanner loved to play baseball, which is where his competitive nature comes from.  After graduating high school, Tanner packed up and moved to Nashville TN, where he attended Belmont University and graduated with a Bachelor of Science in Audio Engineering.

In his free time, Tanner is an avid golfer and tries to hit the course a few nights a week as his schedule permits. Tanner still has a huge passion for music, so when he’s not working or golfing, he loves to spend time writing, producing, or even doing live gigs.

Congratulations, Tanner, on this well-deserved promotion!