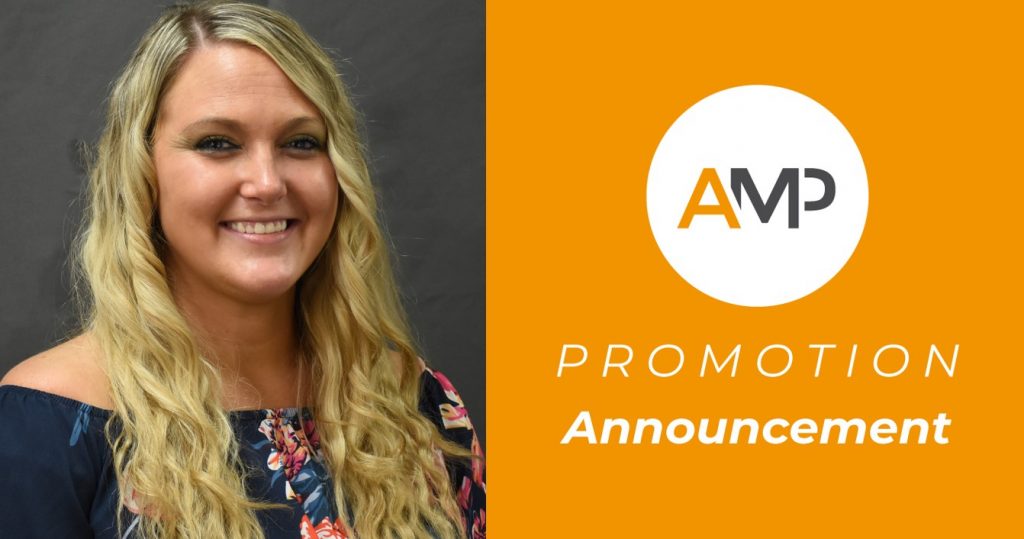 Congratulations to Stephanie Brady on her promotion to Inside Sales Assistant District Manger!

Stephanie joined AMP in March of 2020 and has truly had an incredible career. Stephanie stated her career as an Associate Account Manager where she quickly demonstrated her ability to influence new prospects and was then promoted to Account Manager. Right before the mandatory lockdown, Stephanie was promoted to Account Manager and learned everything remote! We knew then that Stephanie would be a driving force in Digital Inside Sales due to her positive attitude and her willingness to do whatever it takes to succeed and learn. While working from home and learning everything through Zoom, Stephanie started renewing at a very high rate and lead DIS in first year renewal percentage and finished at AMP Rookie of the year in 2020!

Stephanie had a mission to become a Senior Account Manager very quickly. She continued to increase her activity, better her presentations, and learned to ask for the sale many times during a sales call. Due to her hard work, she was promoted to Senior Account Manager in October of 2020. In 2021 Stephanie continued to break even more records. She finished the year averaging $51,402 in total sales with an average of $4,845 in total NDR sales per month! Stephanie excels at creating relationships and truly connecting with her customers.

In May of 2021, Stephanie took on a new role where she conducted, implemented and improved our DIS Monday training as our Onsite Classroom trainer. Stephanie was the first individual that our DIS team encountered on their first day with AMP. When Stephanie talks about our mission and goals you can hear her excitement and love for our company. Stephanie didn’t stop there, in February of 2022 she was promoted to our DIS Classroom Trainer where she spent two days off the phone twice monthly training, developing and coaching our new hires. Stephanie has continued to increase her total sales while having less time! Excellent sign of a strong leader!

Prior to AMP, Stephanie was an Operations Manager at Buffalo Wild Wings for eight years, where she was responsible for hiring and training of all new employees. At Buffalo Wing Wings, Stephanie was able to demonstrate personal ingenuity in regards to best practices for training which included increasing morale and confidence with employees, lowing turnover, reducing employee errors and overall lowering food costs to increase profitability.  After many years of late nights and working over holiday weekends, Stephanie wanted the ability to spend more time with her family and was looking for a career change! When our amazing recruitment team reached out to Stephanie she was ready to take a leap of faith and join our ever-growing Digital Inside Sales Team. We’re so lucky that she answered our call and joined our team 2.5 years ago!

In Stephanie’s free time, she enjoys spending time with her large extended family and mini labradoodle! She enjoys reading, traveling and trying out new restaurants!

In Stephanie’s new role, she will build and lead an inside sales team of sales professionals in our Schaumburg office! DIS is very grateful to have a fearless leader to help with our growth and expansion. Stephanie, we’re so excited for you and this new opportunity and AMP is excited to develop Team Brady!

Congratulations, Stephanie, on this well-deserved promotion!