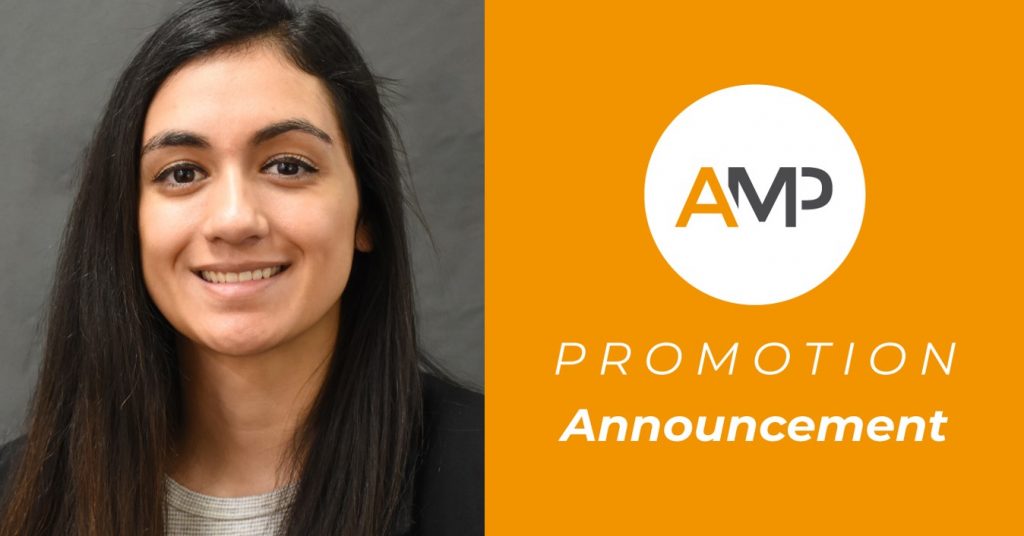 Congratulations to Courtney Lee on her promotion to Digital Inside Sales Classroom Trainer!

Courtney joined AMP in June 2021, shortly after she graduated from Carthage College with a double major in Business Management and Marketing. While at Carthage College, Courtney was a four year member of the Carthage women’s soccer team and was captain of the 2020-2021 season. While being a full time student athlete, Courtney maintained several part time positions and was involved in many extracurricular activities on campus! Courtney’s hard work and dedication throughout her early years set her up for big success at AMP!

Courtney started her career as an Associate Account Manager and quickly demonstrated the ability to sell new business and was promoted to an Account Manager. In her Account Manager role, she continued to evolve by renewing at high rates, upselling customers and developing strong relationships. Courtney is always eager to learn, develop and take on more responsibility in the office. Due to her hard work, in September of 2021, Courtney was promoted to Senior Account Manager where she took on a larger account load, focused on new digital revenue and continued to increase her renewal percentages. Courtney finished as one of AMP’s Top New Ranked Rookies at #9 in DIS for 2021!  Month after month Courtney continued to improve, and had a record setting July 2022 where she sold $62,144 in total sales. Courtney earned Rep of the Region in February 2022, when she closed $55,302 with 16 NDR account and a text marketing package! Courtney is a HUGE goal setter and is always committed to getting 1% better every day. She sets big goals for herself and her success this year truly demonstrated her ability to never settle and to get better each and every day!

Over the last year, Courtney has developed into an incredible inside sales representative. She is always eager to find solutions, learn and take on more responsibility in the office. Courtney is always committed in continuing to educate herself and her peers on new procedures and practices that will help better the team. Courtney’s attention to detail is very impressive, Courtney is always the first to identify an issue and is excellent with our AMP systems! We’re confident that Courtney will excel in her new role due to her willingness to help members on the team, especially newer members, continue to grow and develop.

In Courtney’s free time she enjoys spending time with her family and often participates in her families Makani –Hawaiian Entertainment Group where they sing, dance, and perform together. Courtney is still a big soccer player and spends a lot of free time on the soccer field.

Congratulations, Courtney, on this well-deserved promotion!